q-bit is a small indie studio located on the south shore of Montréal in Québec. We're two socially awkward dudes that love retro games and have a passion for making them. We're currently working on a releasing a game called Super Holobunnies: Pause Café. It will be released on Nintendo Switch.

We started making games very early in our career; we can't remember what age we were but we were mostly working in RPG Maker. Our first game "Ale's Job" was about trading picture of naked ladies to get money. It wasn't received well by the critics (in fact, it didn't get received at all) so we moved on other projects. In 2012, we released an album called "flesh means nothing" and quit the music industry the same year. Around September 2012, Roméo cooked up a small prototype of a man on space, with a jetpack. This ended up being Machete, our first completed and released game. 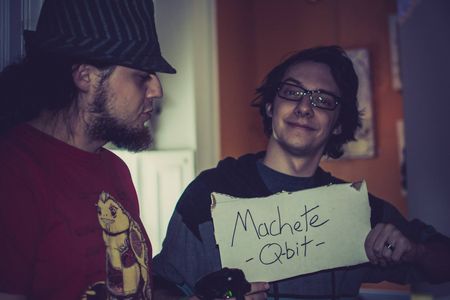 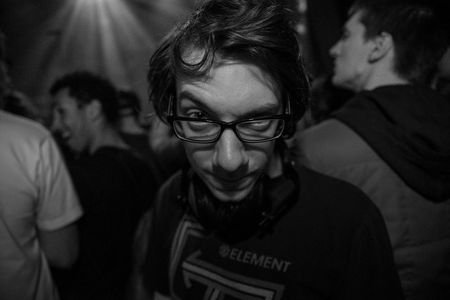 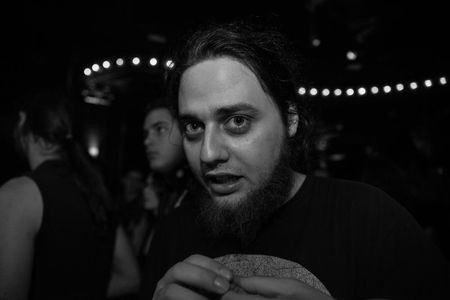 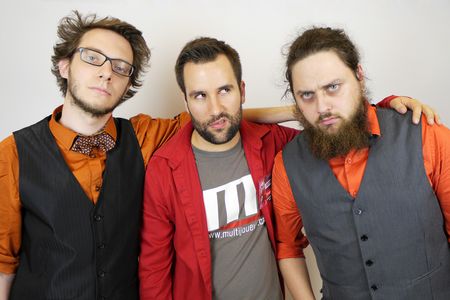 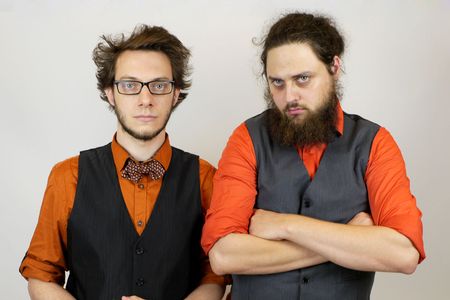 OSTs
The OSTs for our games can be found on our Bandcamp: q-bit.bandcamp.com.